We are nearing the finish line on what will be one of the largest updates yet for Open Streaming Platform (OSP). There are tons of much wanted features, improvements, and fixes in store. So what are some of the main things to look forward to with 0.9.0?

The most notable change with this release is the introduction of the new UI, Defaultv3. Defaultv3 is a complete rework of the existing UI to add some modularity to the theming engine. What makes this new UI special is the support for Panels, which allow for dynamic configuration of OSP’s views. You can now use panels to display what you want on the front page, or in your live stream channel view. Panels also give the option of building your own custom markdown panels to display information. 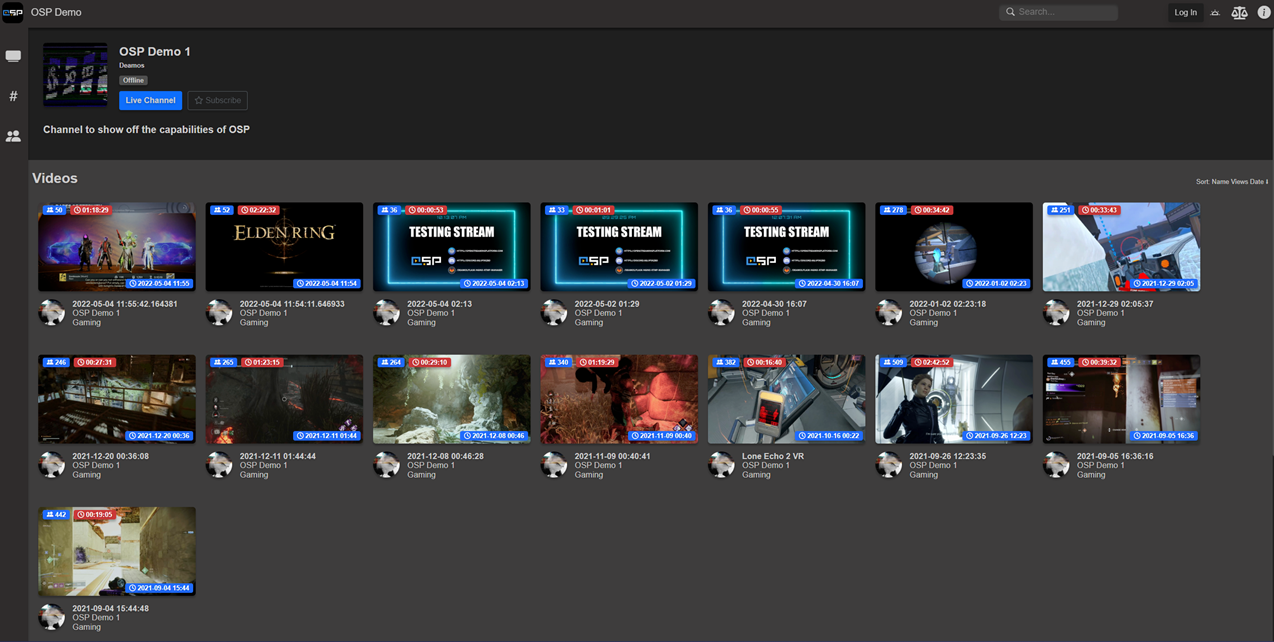 OSP is now backed by an asynchronous task scheduler for processing intensive tasks such as video processing after a stream and uploading new videos. While this may introduce a small delay from task -> result, it also improves system performance. OSP Versions prior to 0.9.0 would experience a significant load issue on stream recording completion if the video was longer than an hour. Now with Celery, long video processing tasks are handled in the background without impacting the frontend or users.

OSP now supports user-to-user messages! Want to reach out to a streamer or admin directly on the system? You can now compose in OSP and send it over in markdown. To help support this, we have also added controls to allow users to block a user if you feel you are being harassed or simply don’t want a message from that individual. 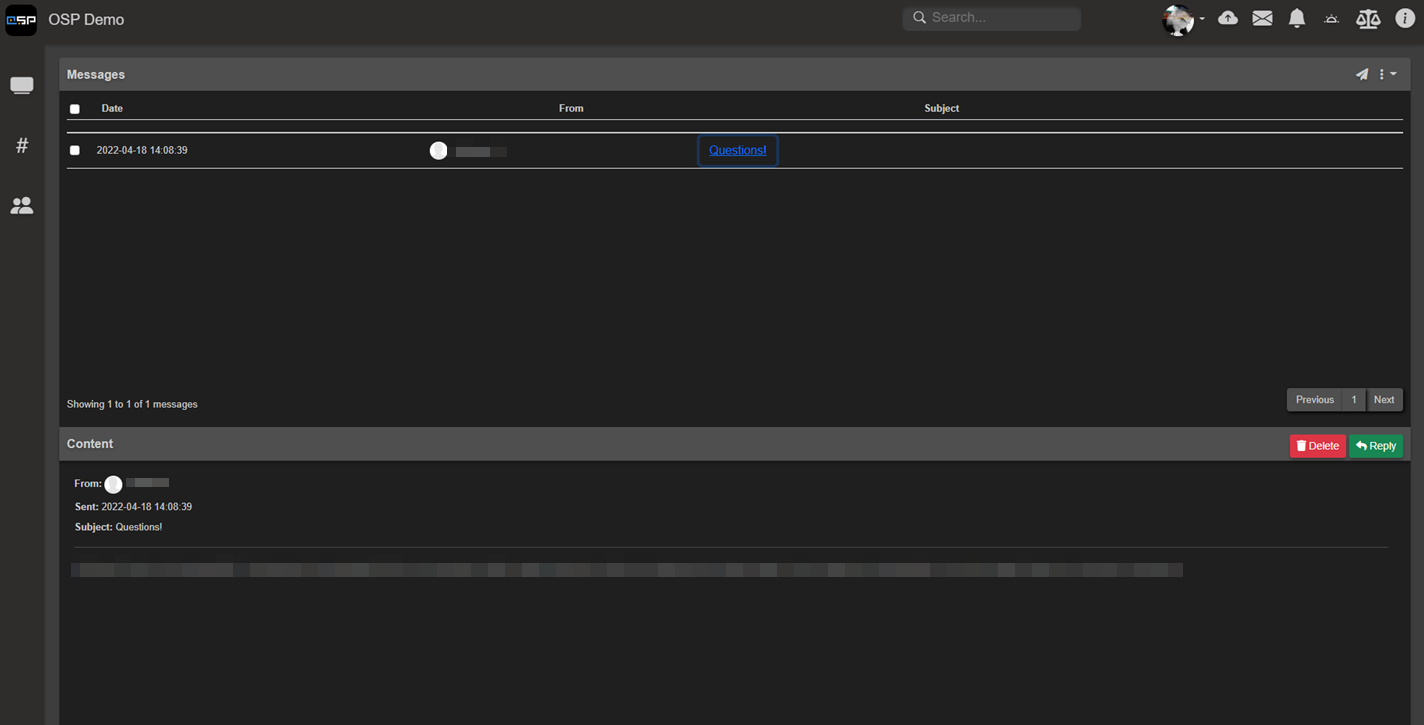 Another requested feature has been the ability to add custom pages for information, such as a privacy policy or other information. OSP v0.9.0 has added Static Pages to build these kind of pages in markdown and attach them to the top bar or the side bar. 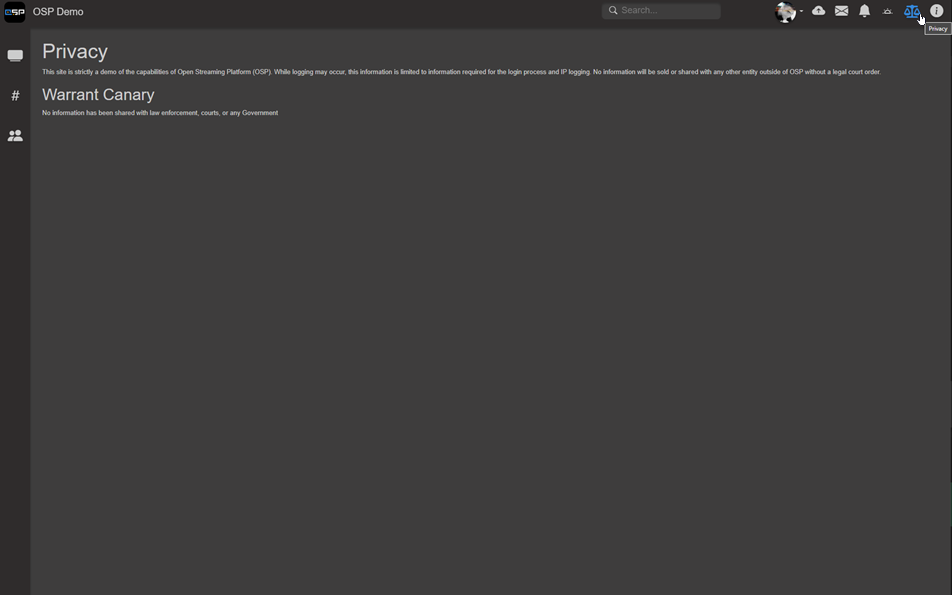 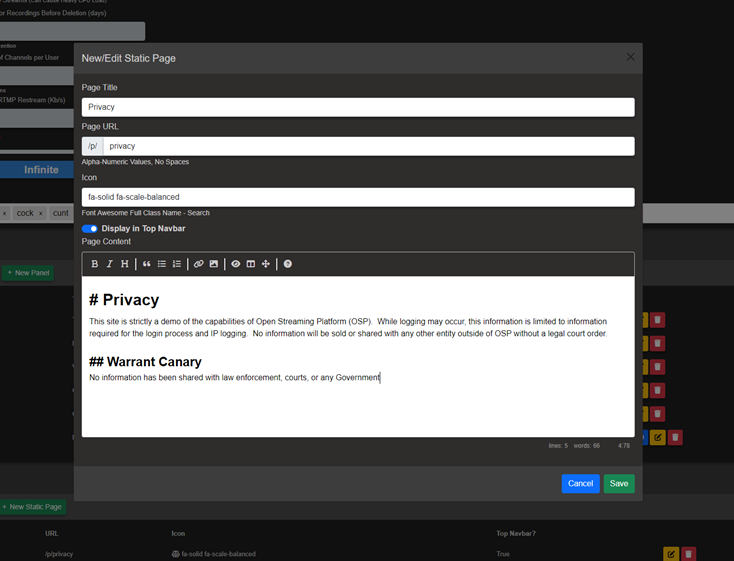 Starting with OSP v0.9.0, all HLS Streams are encrypted by default. Originally, the OSP Protection system required a complex check to ensure that a user was authorized to view streams from a channel. Now under the new HLS encryption system, the channel protection system for live streams is handled by HLS encryption keys which are provided by users based on their permissions. This also includes public channels, which are still open to all users and encrypted. 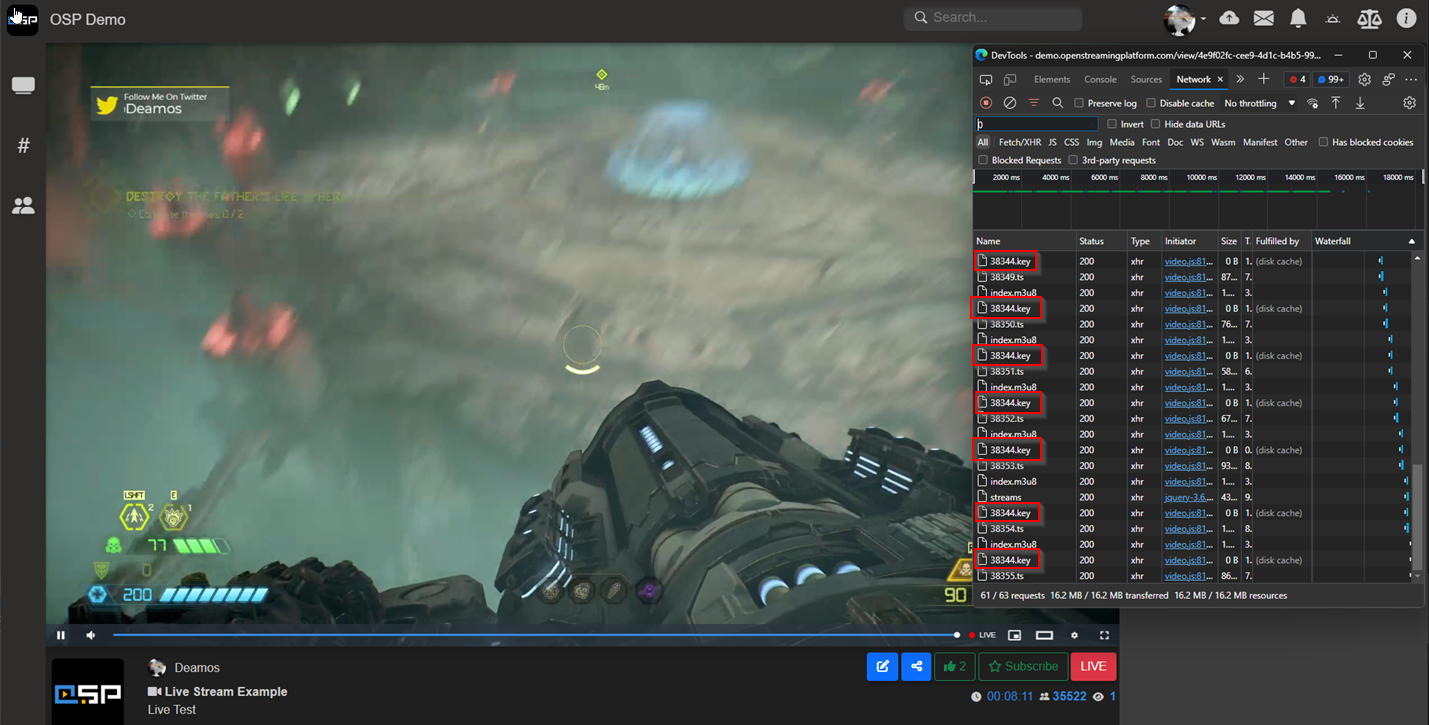 Significant work has been done to speed up the UI and backend processing of the various endpoints in OSP. The introduction of database caching and query optimization has lead to a major decrease in page load time for some of the most intense pages, such as the main page and live channel pages. In some cases, load speeds have been reduced from 8s -> 20ms on larger OSP instances.

In addition to those improvements and features above, there are many other changes in OSP v0.9.0 that have been long standing request

Thank you for your support while this version has been worked on. During the time I started OSP v0.9.0, some major family issues happened and everyone has been supportive and patient while I was able to deal with them over OSP. My hope is to have this build out to everyone soon and begin work on the next version of OSP, as well as the OSP Hub project.